A new blog was born

Originally GenerateWP was developed as a set of tools with intent to reduce development time and to avoid writing the same code over and over. “In just a few parameters here few clicks there, you get clean, valid, WordPress standardized and backwards-compatible code.”

Just a few weeks after launch, GenerateWP got much love and great feedback from the WordPress community. Many WordPress related blogs have covered, reviewed and blogged about us and still do. It turned out to be a major time-saver for starting, as well as experienced developers and was recommended as a learning tool for aiding developers learn and understand the different functionality and APIs WordPress has to offer.

So what have we been up to?

In The past few months we have launched a new design, migrated the site from being natively written in PHP to being fully written on top of WordPress, added a handful of pretty cool features, like the feature of saving public and private snippets generated by any our generators (which we can safely say that you guys are loving it and, in fact, the vast majority of you are saving most of your snippets as private snippets), editing snippets generated using our generators, or our favorite, the very awesome feature of “forking” as we call it (“cloning”).

Also, we’ve developed the Snippet Timeline which displays the most recently snippets created by other users so you can get ideas and learn from it (wisdom of the crowd). We also added sample snippets to each generator (you can see them in the info tab, within most generators) and even managed to release a few new generators and by few we mean that we have more than doubled the number of generators. All that in no time.

We figured that since we are growing and have so much to share with you, we need a blog!

So this is only an initial, introductory post, but we are planing on posting many updates and tutorials to guide and explain the use of the features and on WordPress development in general.

And to get us started, the current short updates are:

Lately we have been working hard here at GenerateWP on fixing bugs, keeping the generators up to date with WordPress core and also on developing new features like sharing your snippet on GitHub’s Gist or Pastebin.com (which we hope to release very soon).

But most of our time was “spent” on developing and testing a new feature which is going to change the way you and the rest of our users are using GenerateWP. We can’t really say what it is yet because we are hoping to reveal it at the upcoming WordCamp Israel 2014 (which will take place in Tel-Aviv). But. We can say that “you are going to be doing much less copying and pasting, if any at all“. So for now we leave you to speculate about this for a week or two. Other than that — we have a few more (a really endless list of) features that we are looking to implement and roll out in the future, so make sure you follow up!

Yours,
The GenerateWP.com Team
Rami, Ohad and Maor 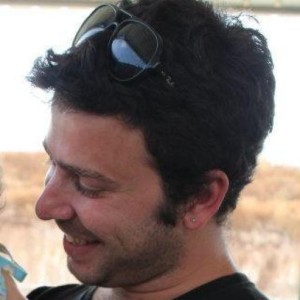 A WordPress Consultant, a plugins and themes developer,WordPress Development moderator and sometimes a WordPress core contributor.